The Daimon Club Organization is a cultural association and an international institute for Scientific Methodology; it is a place for critical thinking and learning on the role of art, literature and science in culture and society.

Methodology is generally a guideline for solving a problem, with specific components such as phases, tasks, methods, techniques and tools. It can be defined also as follows:

“the analysis of the principles of methods, rules, and postulates employed by a discipline”; “the systematic study of methods that are, can be, or have been applied within a discipline”. the study or description of methods.

Generally speaking, methodology does not describe specific methods despite the attention given to the nature and kinds of processes to be followed in a given procedure or in attaining an objective. When proper to a study of methodology, such processes constitute a constructive generic framework; thus they may be broken down in sub-processes, combined, or their sequence changed.

Daimonology considers a vital question the widespread diffusion and propagation of knowledge, criticism and of an imaginative, artistic, creative, empirical, methodology applied to science and culture. As a matter of fact Daimonology integrates the literary and philosophical knowledge with the scientific and technological one.

Daimonology is not an exact science, but rather a teaching methodology, a pedagogy and an applied philosophy mainly based and founded on common sense, logic, language, research, humour and on a large expansion and sharing of human knowledge.

When all the souls had chosen their lives, they went before Lachesis. And she sent with each, as the guardian of his life And the fulfiller of his choice, The daimon that he had chosen. (Plato, Republic X)

Great Zeus, Father of men, You would deliver them all from the evils that oppress them, If you would show them what is the Daimon of whom they make use. (Pythagoras)

1) Daimonology gave rise to philosophy and philosophy to all other sciences. Starting from the origins of the principle we are going to arrive at the end of all our research.

2) Philosophy meant as love of knowledge incorporates all the other sciences and therefore it is their fascinating and seductive mother. Nevertheless Daimonology goes further and begins where knowledge ends.

3) Daimonology is an interdisciplinary and multidisciplinary subject that owes its existence to the genius and its disclosure to the new surrealist, nihilistic and humorist movement and of course to the creative minds of the Daimon Club Group.

4) Daimonology is the discourse on the genius; it is geniality that challenges itself and the whole globality; it is a summary of everything and the synthesis of the universal nothingness. It is the “coincidentia oppositorum” of pain and joy. It ‘s the beginning and the end of every principle.

5) Daimonology is an ideal reality chasing a real ideality. It is an ethical, aesthetic, critical, dialectical and enigmatic synthesis of the global and universal human thought. 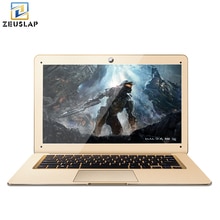